the past, present and future

Bais Yaakov Elementary School represents an outstanding contribution to girls’ elementary school education in our community. Dedication to Mesorah and a dynamic pursuit of the highest standards of excellence has earned Bais Yaakov a historic role in shaping the essence and character of the Toronto community over the past two generations. Bais Yaakov is committed to its students, both past and present, as well as to its continued role in the future.

Over 900 students are currently enrolled in Bais Yaakov Elementary school, paralleling expansion in the community at large. With exceptionally capable principals at the helm leading a passionately devoted staff, the school continues to grow and flourish. Despite its remarkable growth, and the broadening of the school’ s infrastructure, the individualized and personal approach remain firmly entrenched at the core of Bais Yaakov’s standards of excellence.

With a new modern campus, state-of-the-art facilities, and the steadfast commitment of the community to the primacy of its mission, Bais Yaakov is optimally positioned to educate and inspire generations of Toronto’s daughters to a life of commitment to their heritage and building communities worldwide. 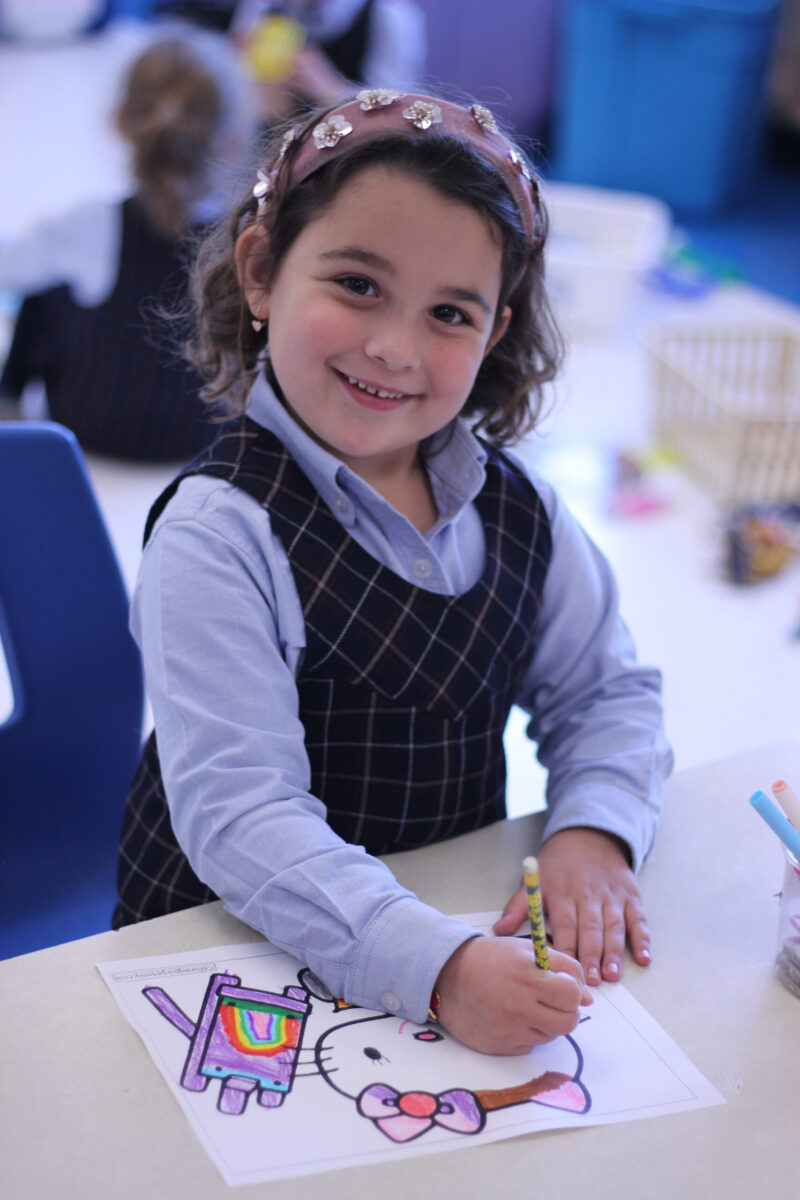 Bais Yaakov Elementary School opened its doors in a converted single family home, in 1969 with a mere 26 students. By 1971, the school’s enrollment had more than doubled to 60, necessitating its relocation from its original home on Lawrence Avenue to a proper school facility at 85 Stormont Avenue. This was made possible through the generosity of the Reichmann, Wallerstein and Weinbaum families.

Under the leadership of its founding principal, Mrs. M. Drebin, Bais Yaakov became more than a school. It became a home, where its students could learn about and develop a sense of pride in their heritage, all the while working to utilize their talents and bring their character development to its utmost potential. Over 20 years ago, Mrs. M. Simon assumed leadership, and led the school during its time of exponential growth and development until her retirement in 2018.

Within these parameters, Bais Yaakov developed and flourished. Twenty years later, Bais Yaakov added the Saranac Boulevard property — the location of its current campus — which served as an auxiliary facility, providing much-needed additional classroom space to the old Stomont Avenue campus. Bais Yaakov’s commitment to its mission and its high standard of excellence remained constant.

Bais Yaakov will be celebrating its 50th year along with the community and generations of families it has helped shape over the years.

The expansive multi-wing edifice that now graces Saranac Boulevard is a far cry from the original converted house on Lawrence Avenue. Bais Yaakov today is a premier educational institution with a distinguished teaching faculty, advanced learning curriculum and a comprehensive infrastructure.

Bais Yaakov is led by principals whose unique combination of wisdom, unswerving commitment to Torah and Mesorah and exceptional interpersonal skills create the ideal learning environment for each student. Warm, individual relationships are created with staff, students and parents alike. The emphasis on Simcha and Middos Tovos is apparent in the classroom and all extracurricular activities, from library to lunchroom.

Bais Yaakov is infused with a special kind of warmth that is tangible and pleasant. Inspired by their principals’ example, teachers strive to attain academic excellence in their own classrooms while reaching out to each student as an individual.